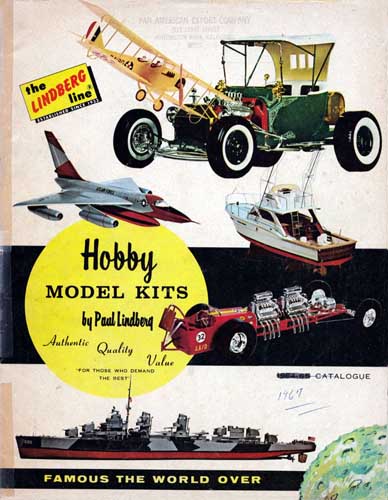 Company history, thanks to edubarca: "The Lindberg Line was one of the first plastic kit manufacturers in the United States and one of the first in the world. Paul W. Lindberg started designing balsa model airplanes for Popular Aviation magazine. He then teamed with a chap named Olsen and created the "O-Lin" plastic kit company in the late '40s. The original Olin plastic kits were crude but amazingly accurate. After Mr. Olsen left the company, Mr. Lindberg changed the name to "The Lindberg Line". His models improved a lot but were not as accurate as other makers such as Monogram or Revell. However, they sold very well because they were cheap and easy to build. Curiously enough, most of the O-Lin/Varney/Lindberg moulds still exist and they are currently being manufactured by a company called Round2 and another called Glencoe.

This catalogue was the issued for the years 1964-1967. One of the most attractive aspects of Lindberg plastic kits was the fantastic box illustrations of the kits, all of them made by a very talented artist called Ray Gaedke. They are the same illustrations used in the catalogue." 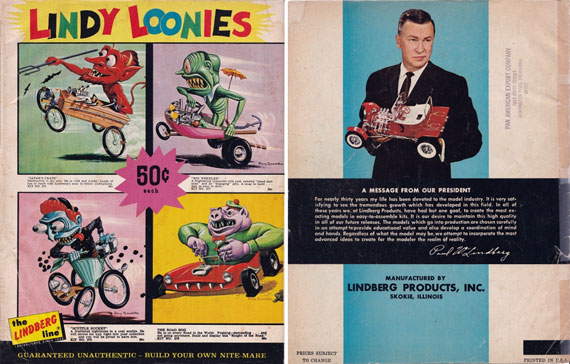 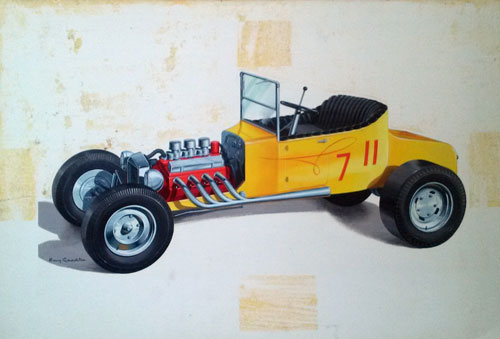 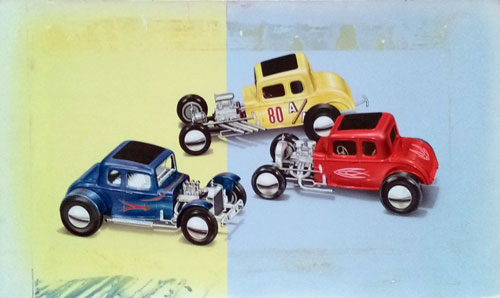 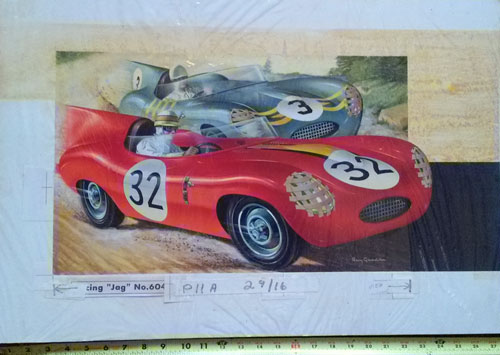 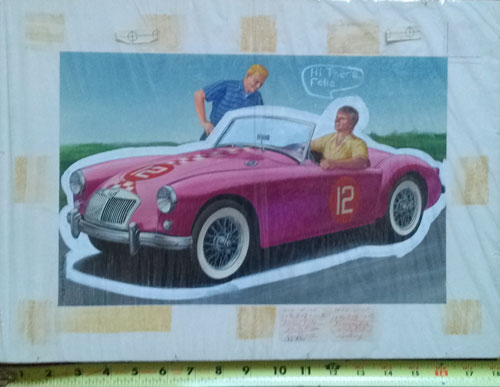 I have been looking at your Ray Gaedke artwork for the Lindberg model car company in the 1965 catalogue. Here are some of the original artwork used on the box tops [see pics 003-007 above].
PatC - 20/03/2019
email a comment