"In my humble opinion, this year's clambake was the best attended, hardest fought, most sociable one yet. I don't know how many people were there for the flying, but I suspect that the boss of the Caravan Park still doesn't know what hit him." 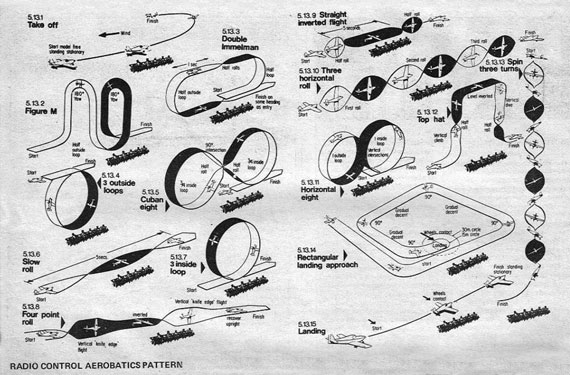 Hi there, Thank you very much for posting this magazine. The cover brought back great memories. I went to the Australian Nationals in 1975 as a kid ... it really filled my head with dreams! The cover of "Australian & New Zealand Modellers Monthly", 1976/01, shows Daryl Hartwig with his Hercules. At that time, this model was simply huge (apparently 3- 1/2 meter span) and Daryl said it was the first giant scale, 4 engine r/c model in Australia. I think he said he built it in 1974. He said that he needed to get clearance from the authorities to fly this model. He also said that as there were no plans available, he bought a plastic Airfix Hercules kit and made his own plans from that! Many, many years later, when I was a member of the Riverland Model Aero Club, Daryl still had the model but unfortunately he had developed a medical problem and couldn't fly much anymore. He asked if I could fly it for him "one more time" before he retired it and before he couldn't come to the airfield anymore. I said I would really like to try, so one weekend he brought it out and after checking it over, we fired up the engines which sounded great as they were all tuned via a digital tacho and there were NO MUFFLERS! After final checks, we took it onto the strip. On the first takeoff attempt one engine failed so I aborted the takeoff. After refueling and retuning, we took it out again. This time the takeoff was a success. The climb out was quite good, but turns in either direction left a bit to be desired. The wings would tip stall very easily, even at shallow bank angles. The recovery required a LOT of forward stick + cut the throttles back to idle, then get the wings leveled (with rudder only) and flying again, then smoothly apply power again, and slowwwly start climbing again. This all burned up altitude of course and I began to wonder if I could stay on top of it all. After fighting with it a few times, the Hercules and I seemed to 'come to an understanding' and the rest of the flight was reasonable smooth. I even managed a couple of low passes for Daryl which looked and sounded great! (OK, the low passes were for me to enjoy as well ...) The noise that those 4 un-muffled, in tune engines made was excellent (at least to all the modelers present!) and is a sound I will never forget. After flying around for a while longer, I set up for landing while all the engines were still running. The circuit and landing went fairly well and I even did a fairly smooth, nose high touchdown. One engine failed on the landing roll but at that stage, it wasn't a problem. To say I was a fired up would have been an understatement! Apart from the tip stall issues, the flight went great ... definitely one that will always stay on my list of 'great flights'. Daryl was also very happy and congratulated me on the flight and for getting it up and down in one piece. He told me that in the Hercules lifetime, it had only flown 13 times (mine was the 13th flight), and of those 13 flights, it had gone home "in a bag" on 11 of previous flights!!! WOW, I felt even more privileged to have flown it. I of course thanked Daryl for giving me the opportunity to fly this magnificent model and piece of Australian modeling history. Great job Daryl!!
MarkStanley - 20/12/2016
email a comment