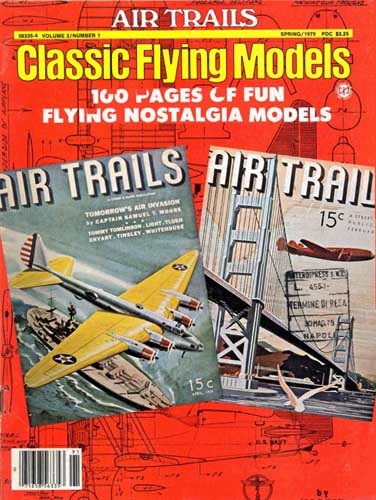 "It's spring and time for college final exams. A graduating senior goes to his desk, takes pencil and paper in hand, and hurriedly begins ... to sketch plans for the approaching model season. This was how the Stuka stunt ship came into being."

The Spring 1979 edition (Volume 3/ Number 1) of a short-lived series issued in the 1970s and 1980s. Published quarterly, each edition is a compendium of earlier articles from Air Trails magazine.